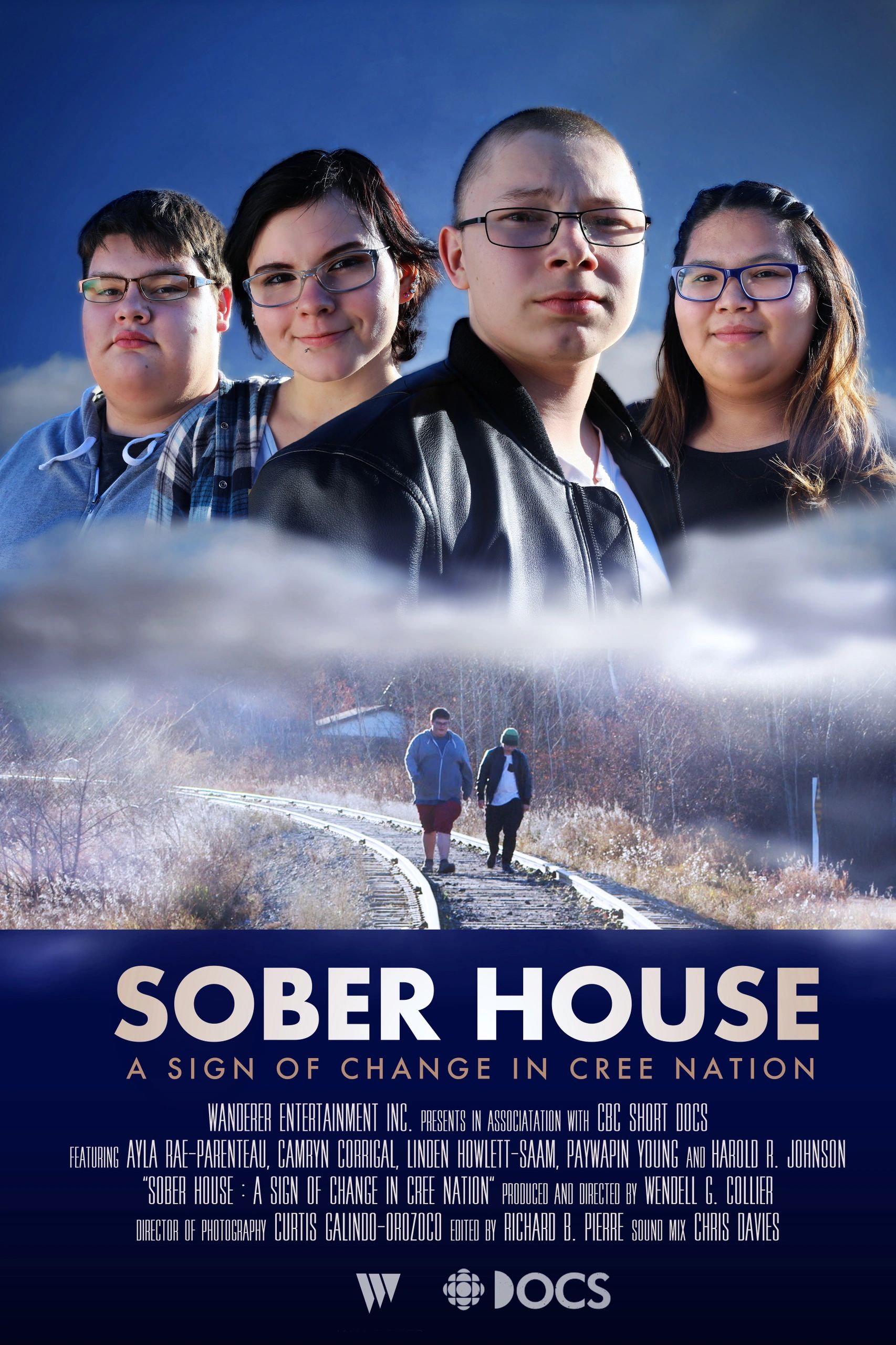 Sober House : A Sign of Change in Cree Nation

SOBER HOUSE: A SIGN OF CHANGE IN CREE NATION

Sober House: A Sign of Change in Cree Nation tells the story of a small group of outspoken Indigenous youth in Northern Saskatchewan who are looking to break the cycle of generational damage caused by alcohol in their communities, they turn to a “Sober House” concept as a way to garner support for their movement.

The Sober House concept is a simple one that is presented by acclaimed Indigenous author Harold R. Johnson in his book “Firewater: How Alcohol is Killing My People And Yours”, a sign is placed in a window to show that home is sober home, alcohol is not wanted within its four walls and neither are intoxicated people. The idea is to strengthen a community from the inside out by offering visual proof of sober people and a place for people looking for support or refuge from substance abuse.

The overall project looks to reverse the normalization of over-consumption of Alcohol inside of communities, communities like Prince Albert Saskatchewan.

Prince Albert Saskatchewan has had a troubled couple of years. It has ranked in the top 5 (#3 in 2018 and #4 in 2019) of Canada’s Most Dangerous Communities and as high as number one in certain categories related to Alcohol consumption. This city is no stranger to the ill effects of over-consumption of Alcohol. However, several business’ in Prince Albert rely upon the sales and off-sales of Alcohol for revenue. Prince Albert is also where these students call home and have chosen to approach City Council for support for the project.

The film follows Camryn and his classmates as they prepare and ultimately present to Prince Albert City Council while sharing their personal stories.

If Camryn and the students can garner support from this large City Council they will be well on their way towards making real change and bettering their community for future generations.

FOR MORE INFORMATION ON the Movement

Click Below to go the main site for the Sober House Project.

"A Story Worth  Telling" - Jason Kerr

HOW A GROUP OF TEENAGERS IS FIGHTING FOR ALCOHOL-FREE SPACES IN PRINCE ALBERT, SASK.

Copyright © 2018 SOBER HOUSE: A SIGN OF CHANGE IN CREE NATION - All Rights Reserved.